A new exhibition at Bendigo Art Gallery showcases the clothing and cosmetic designs of a London trendsetter. 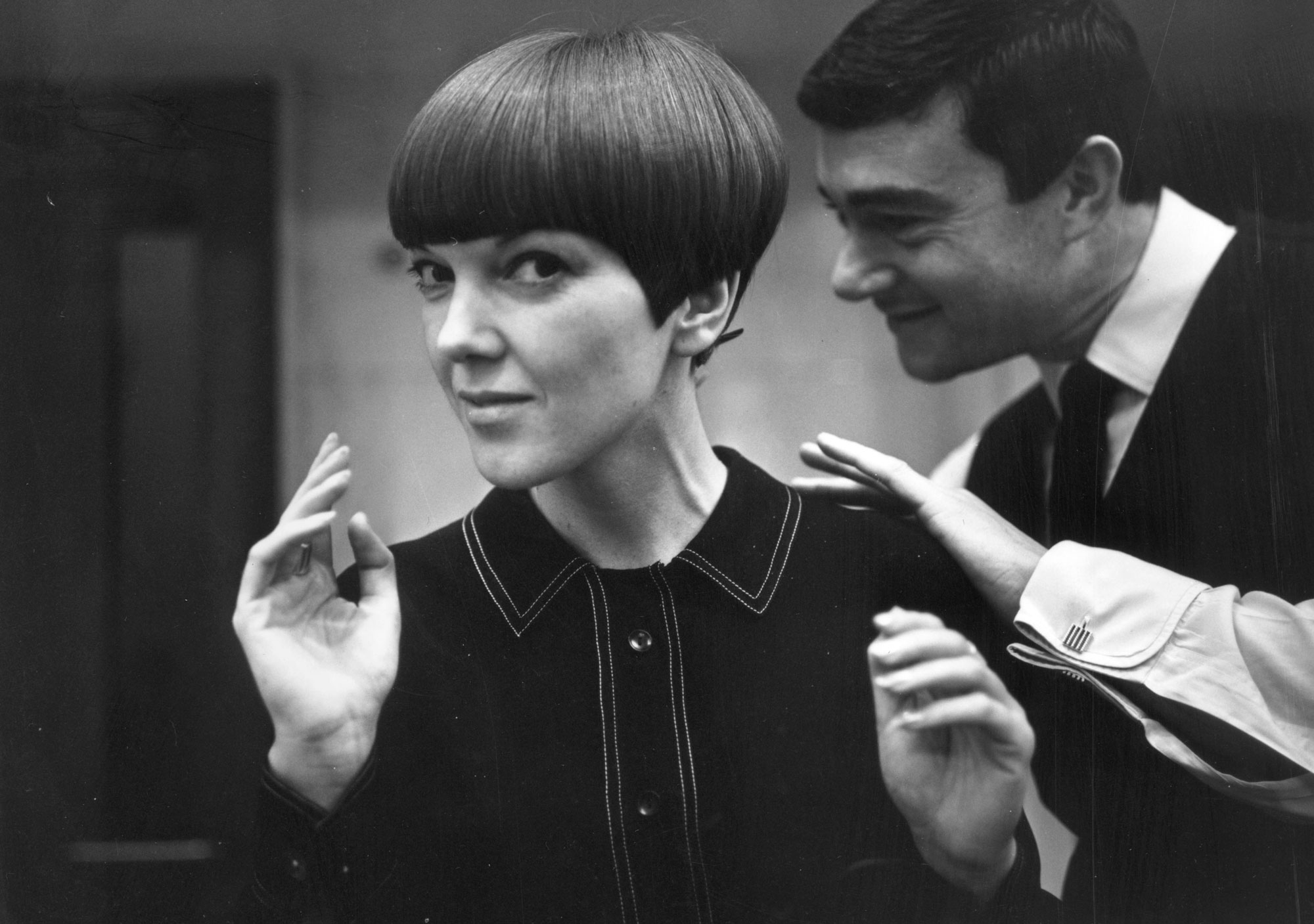 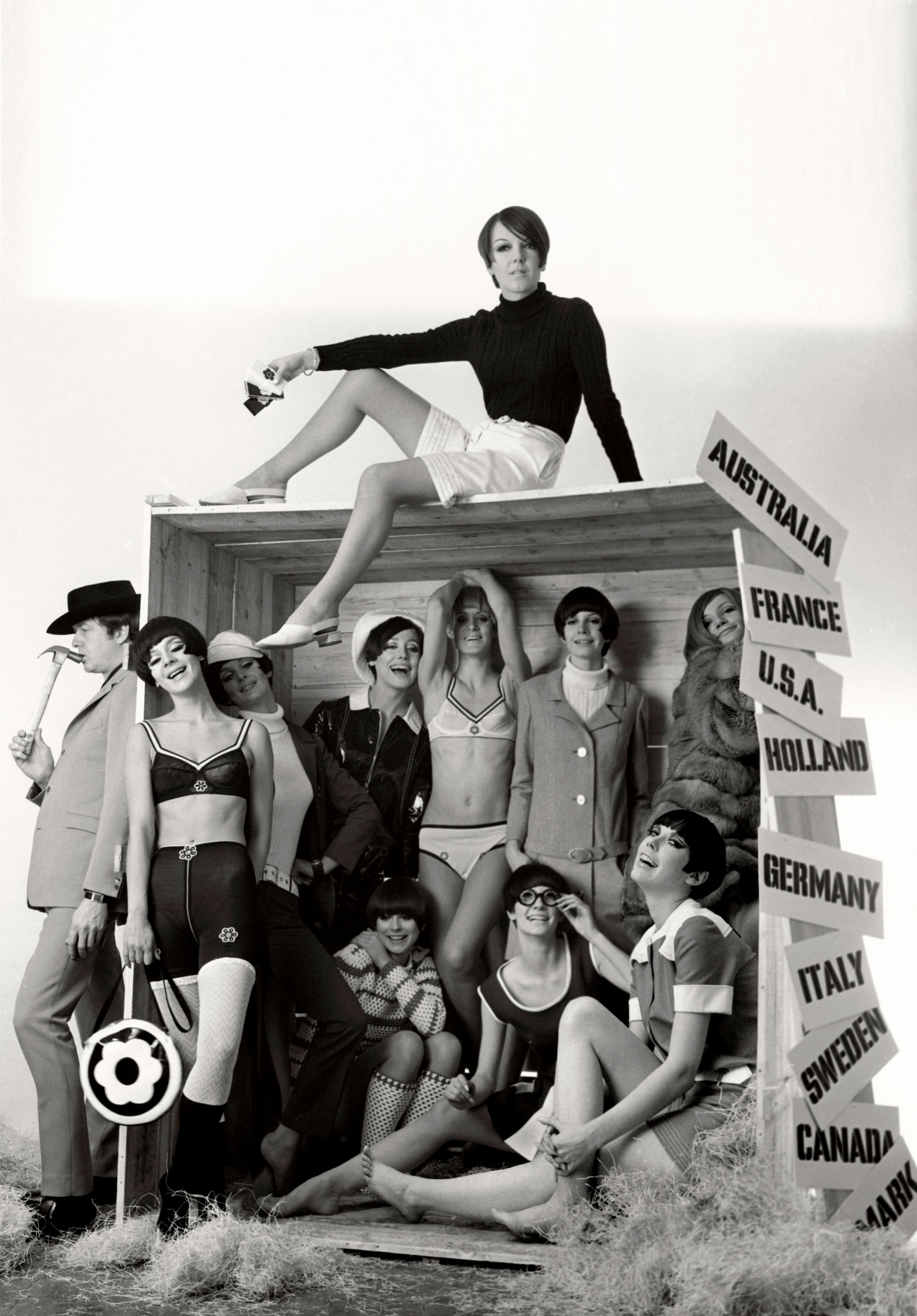 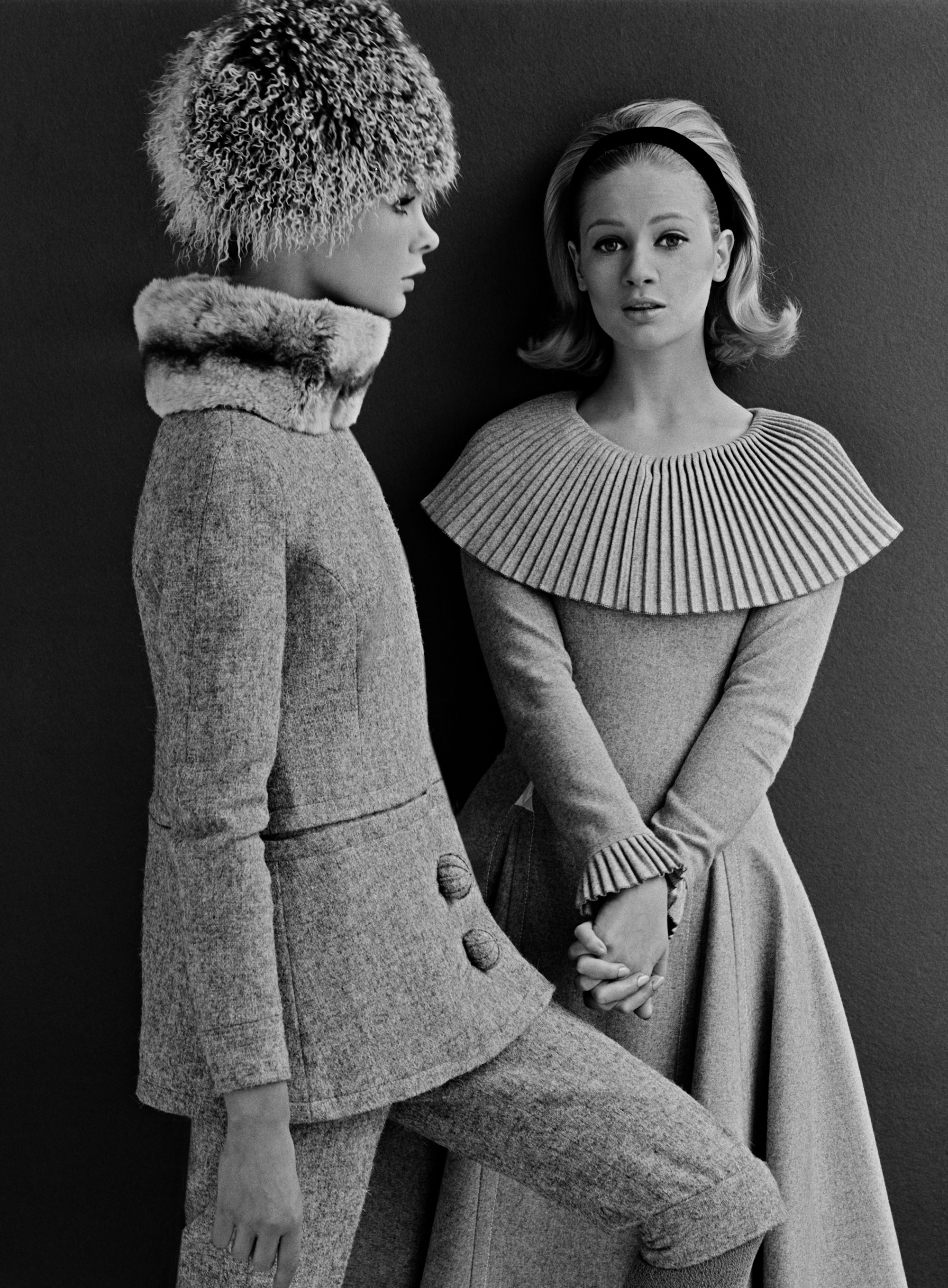 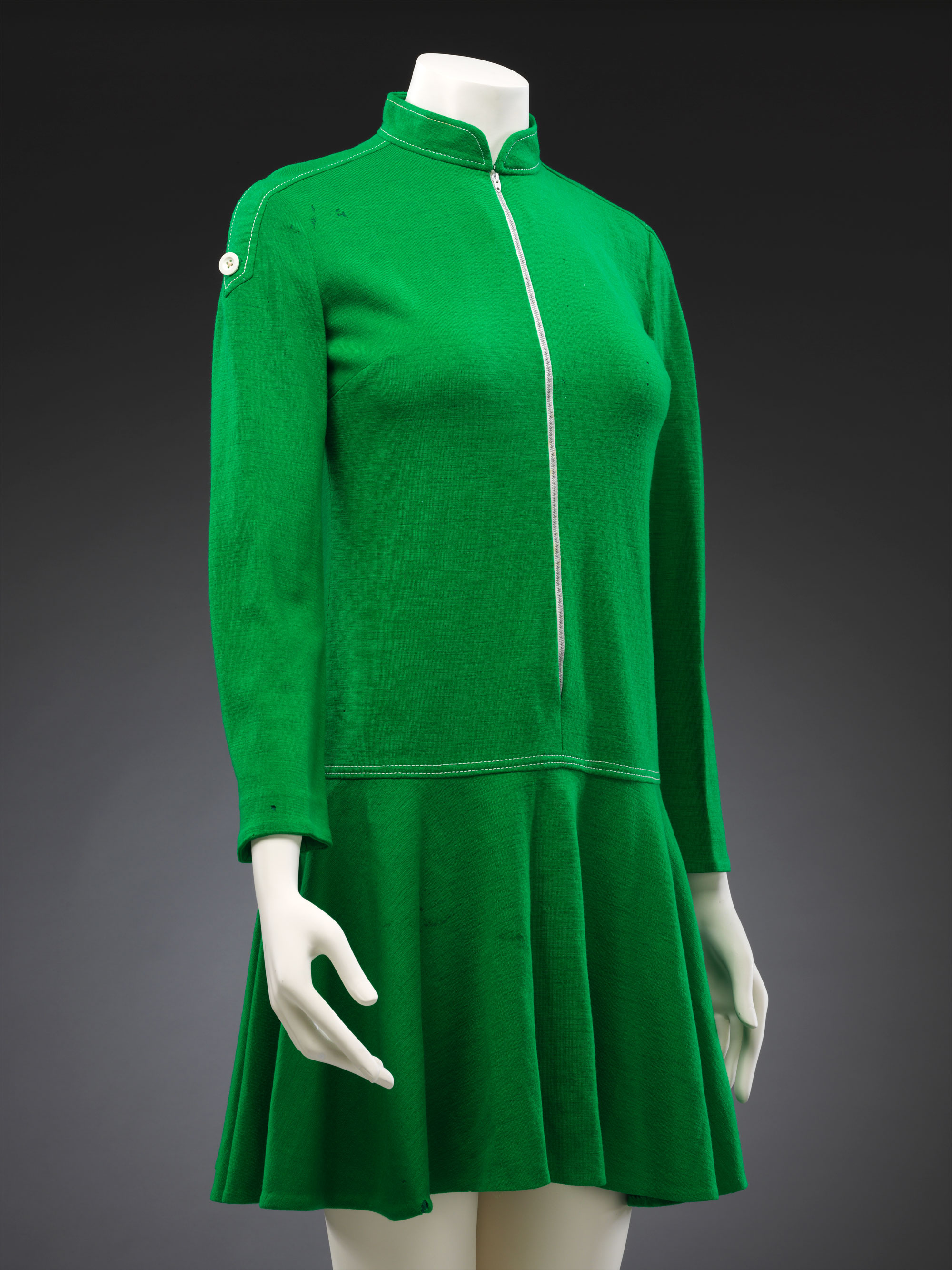 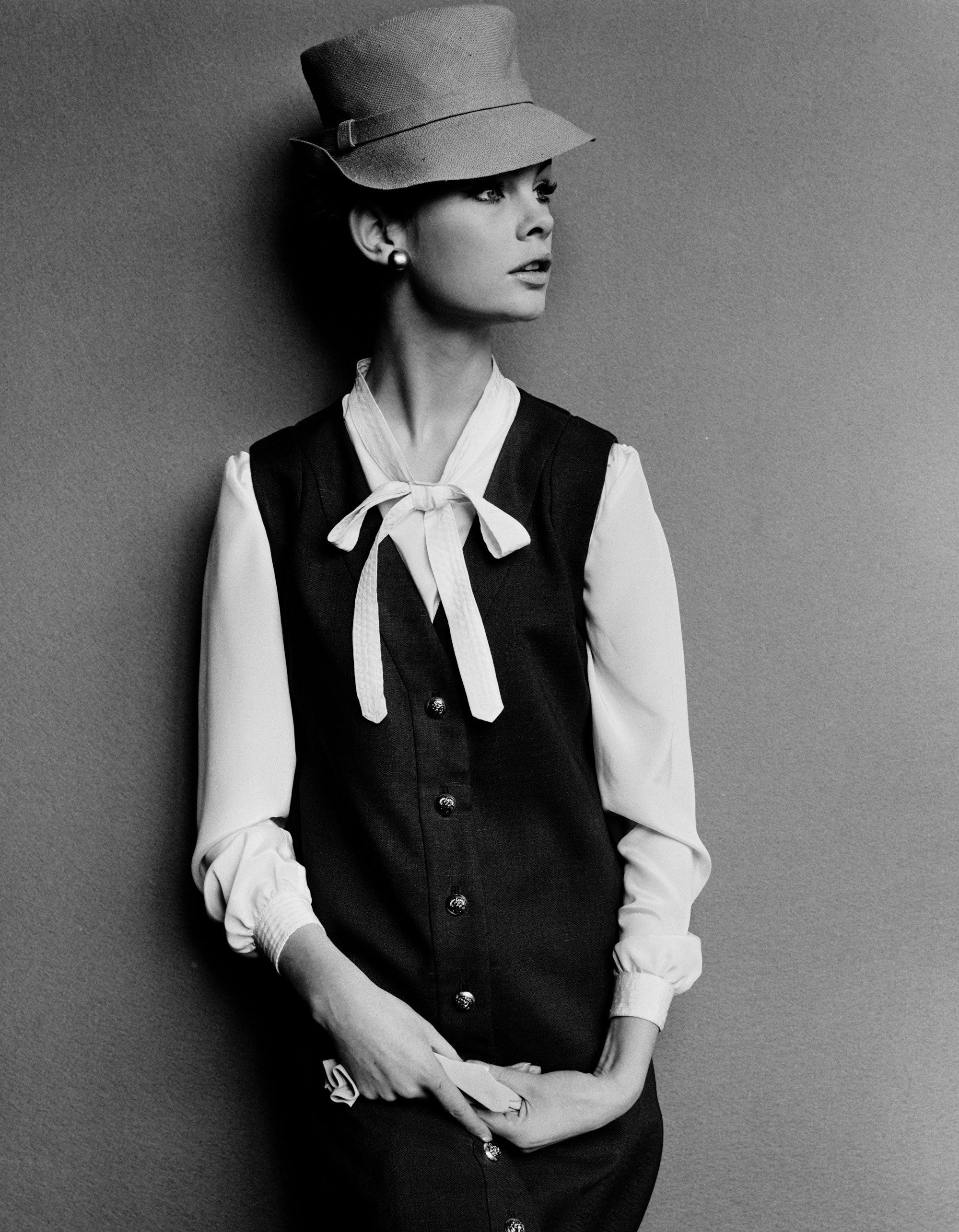 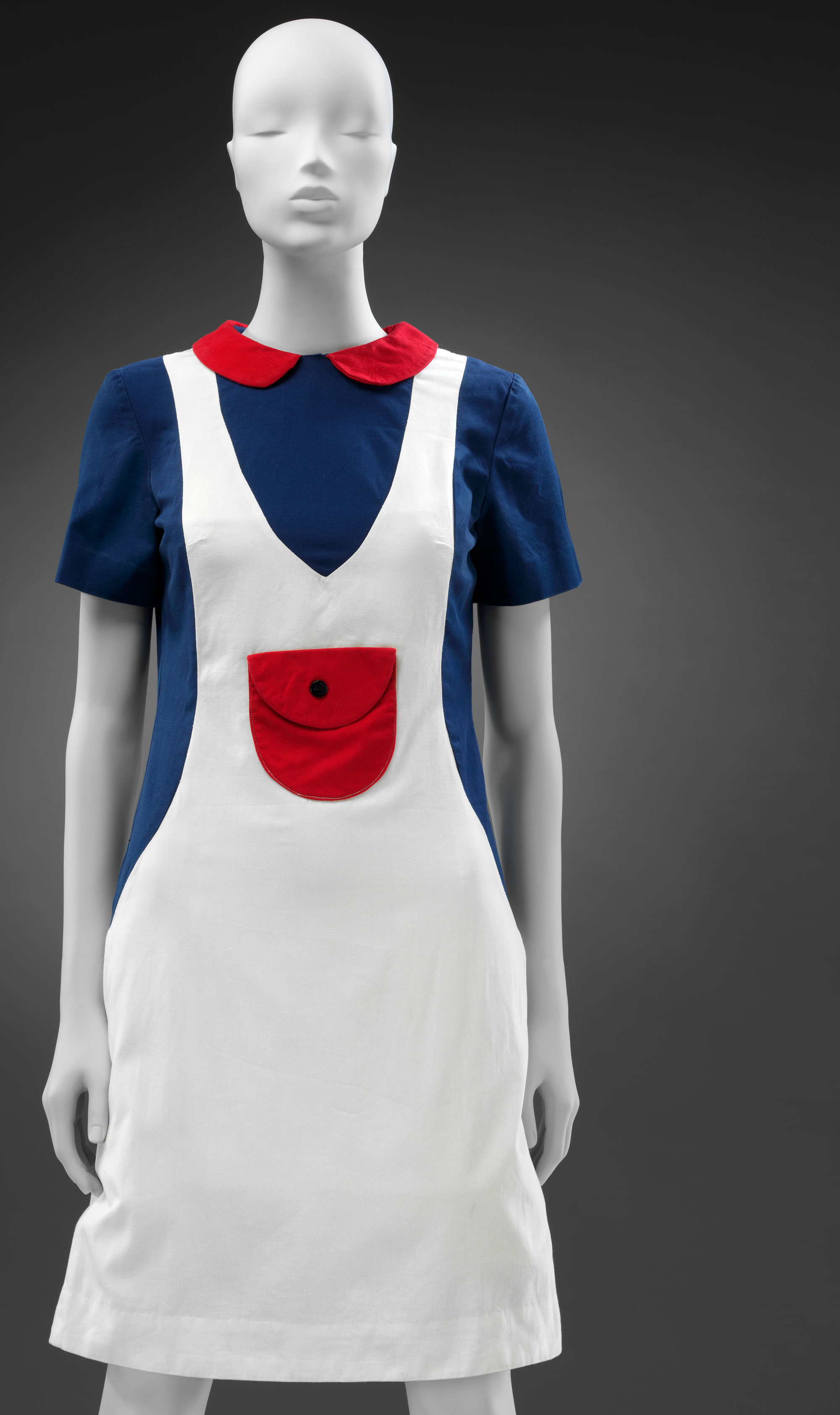 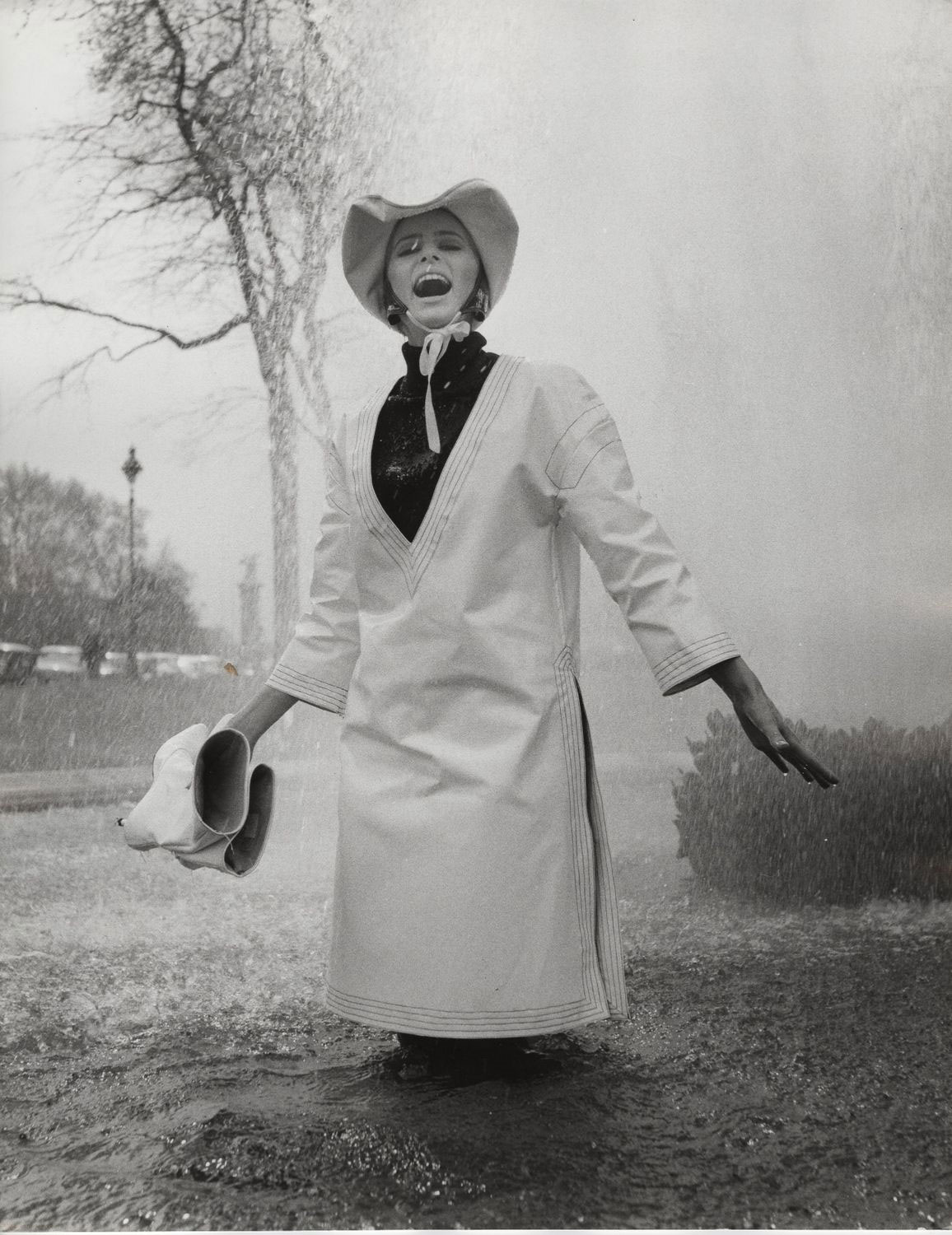 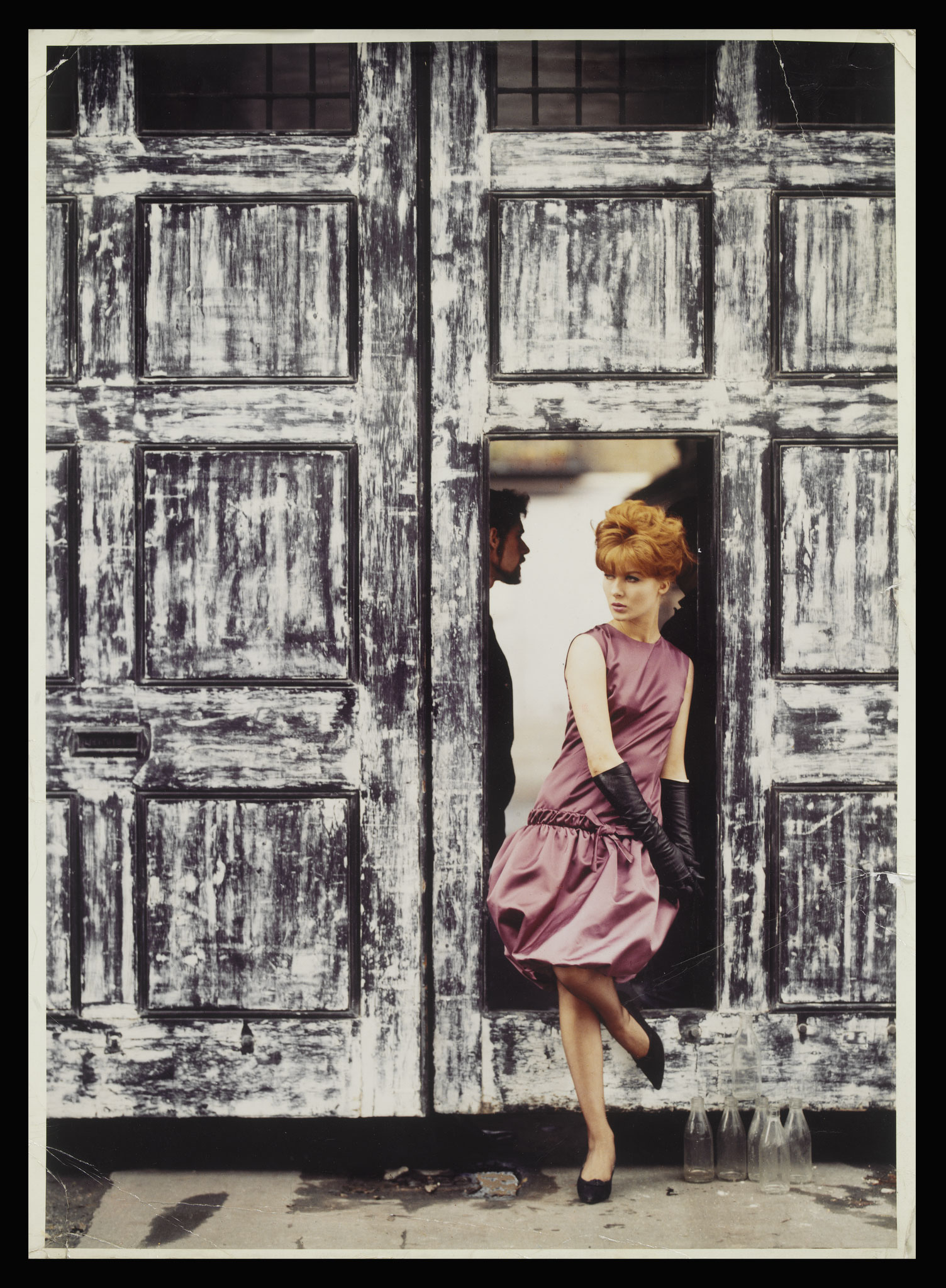 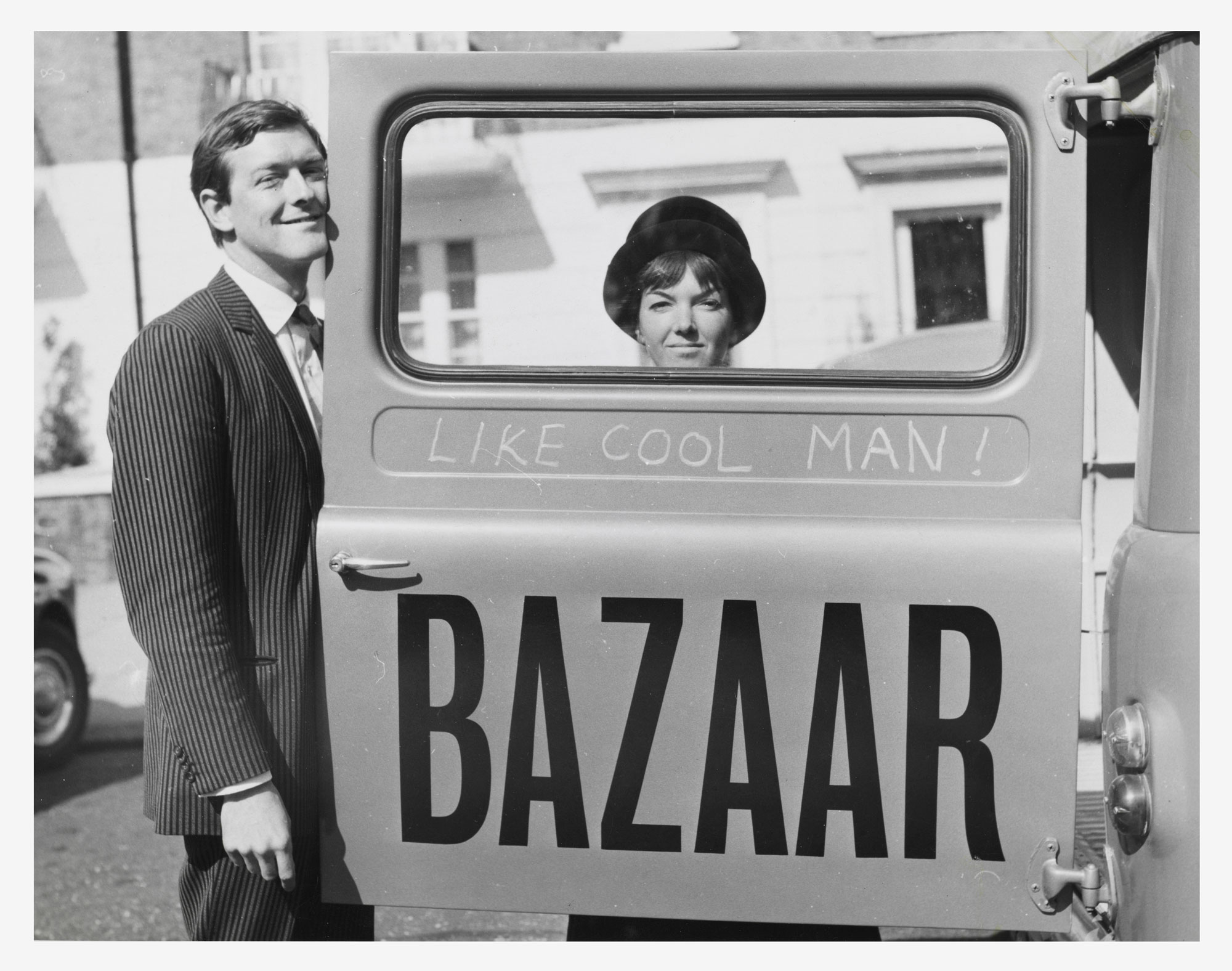 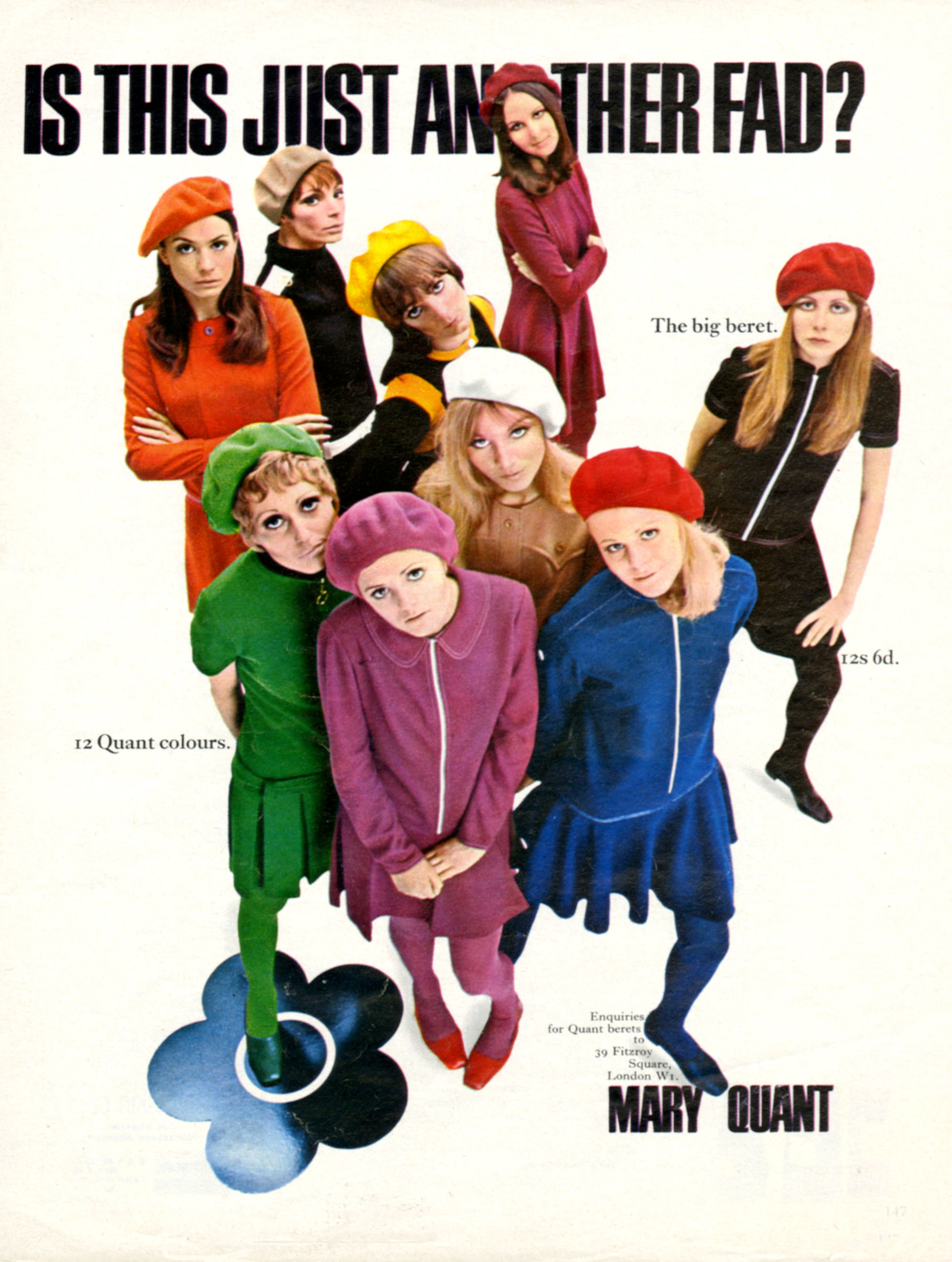 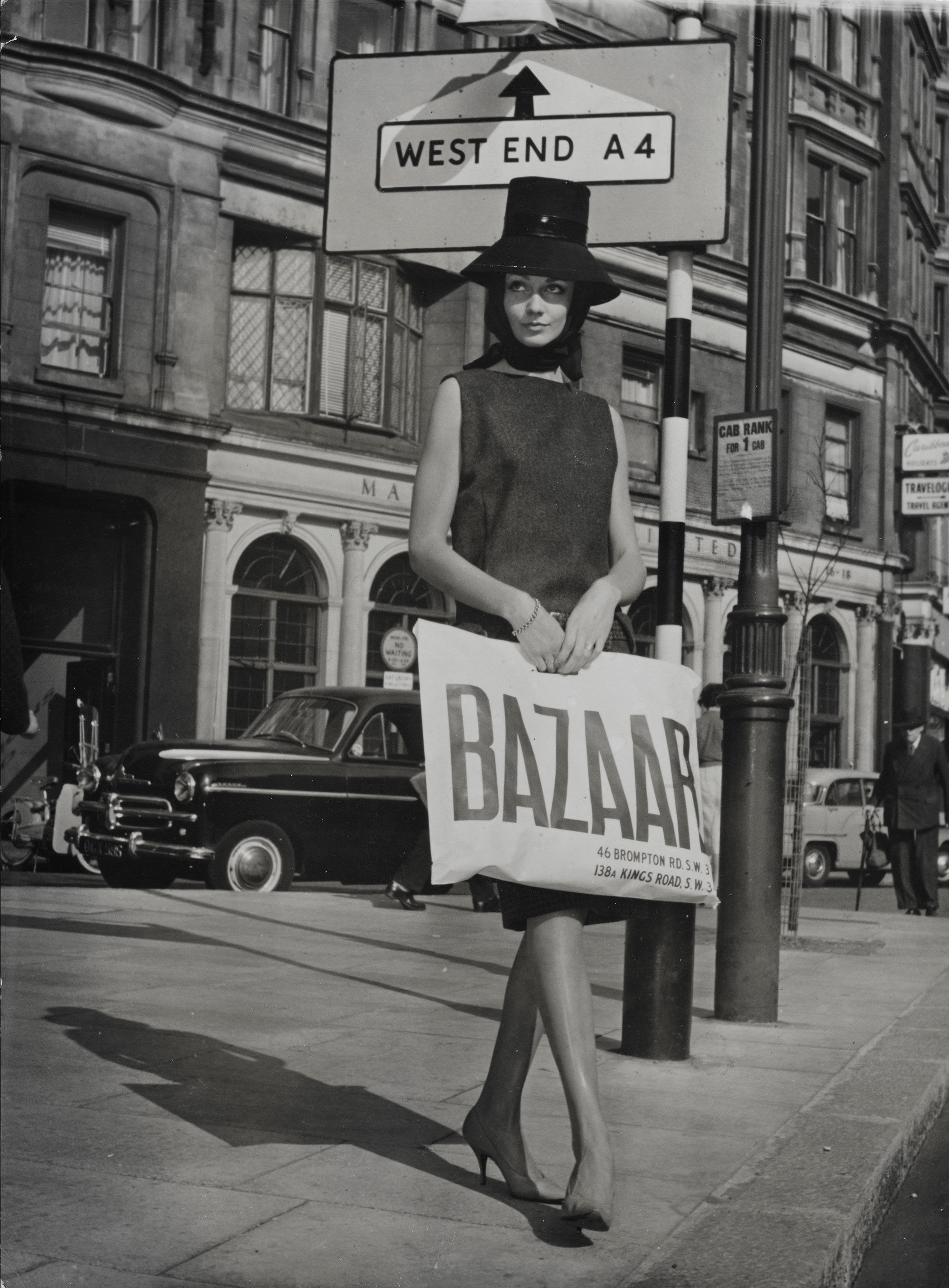 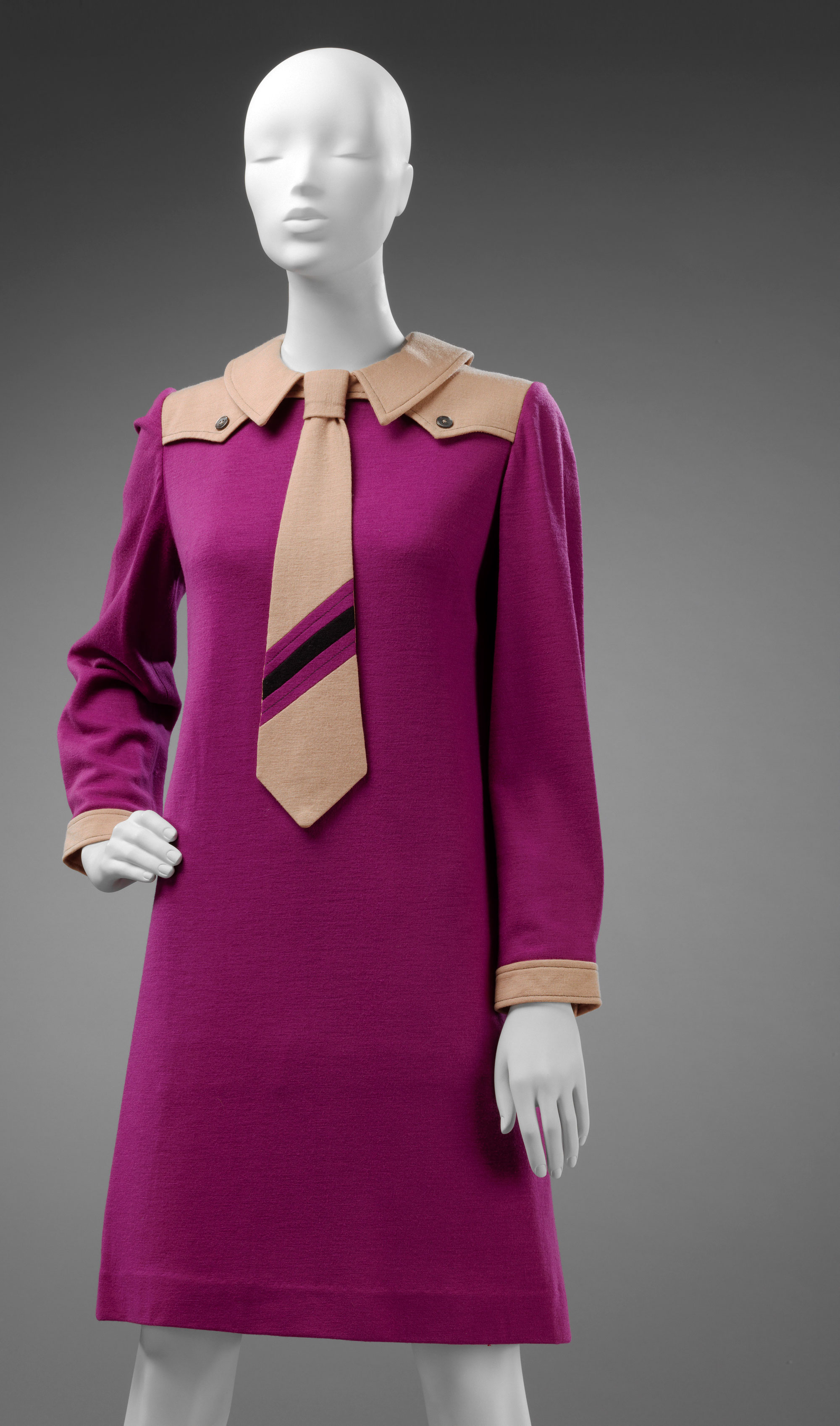 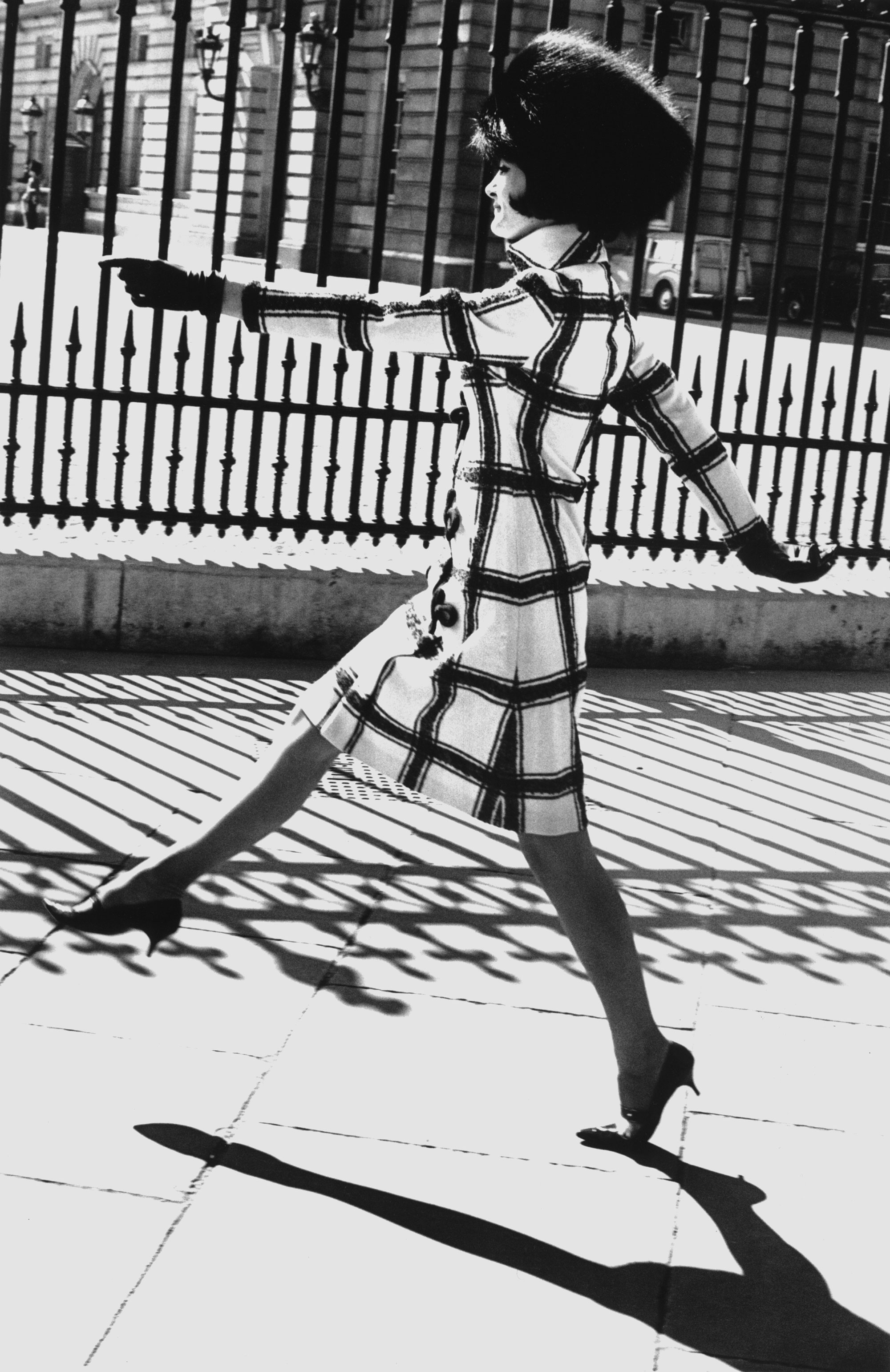 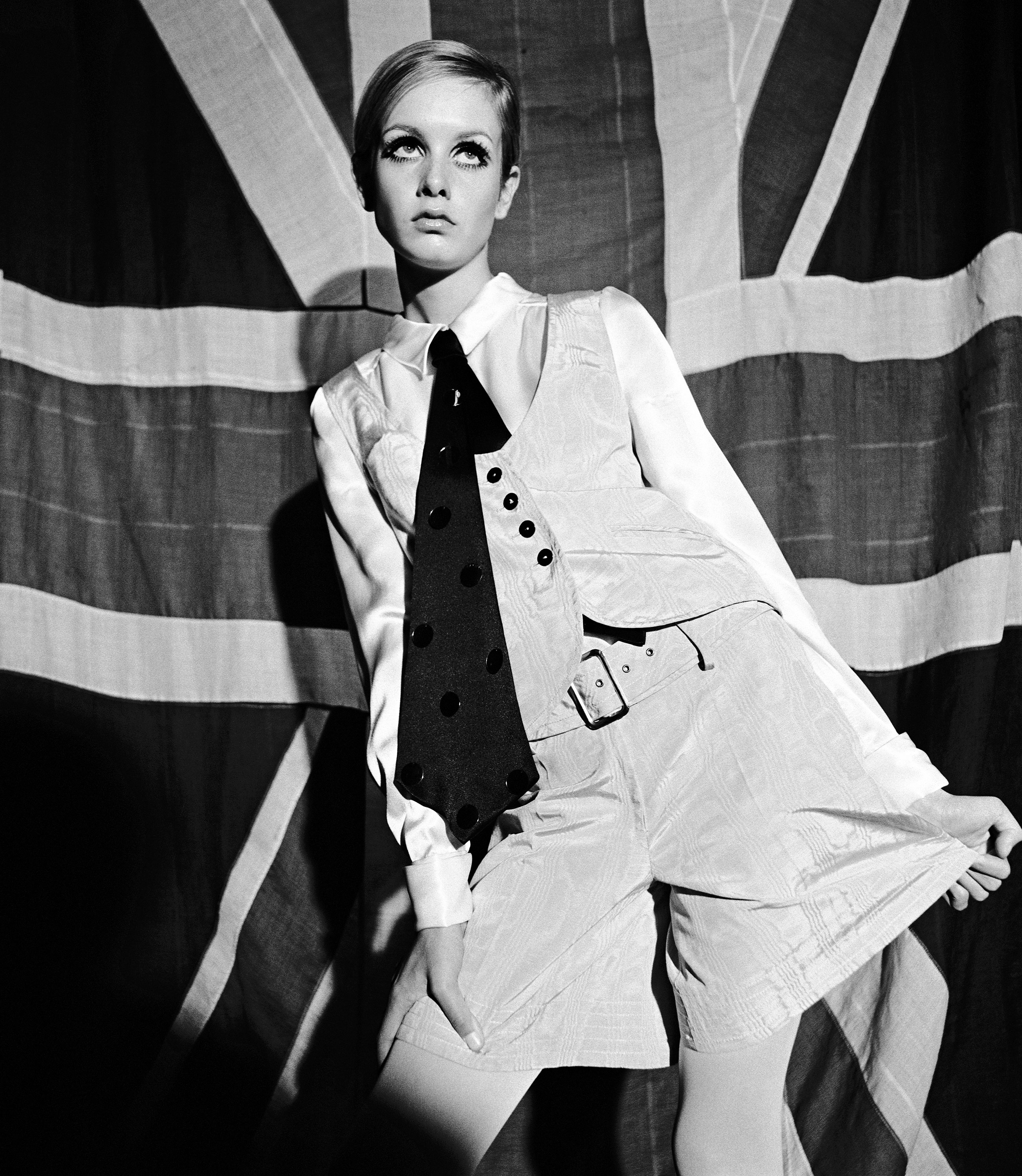 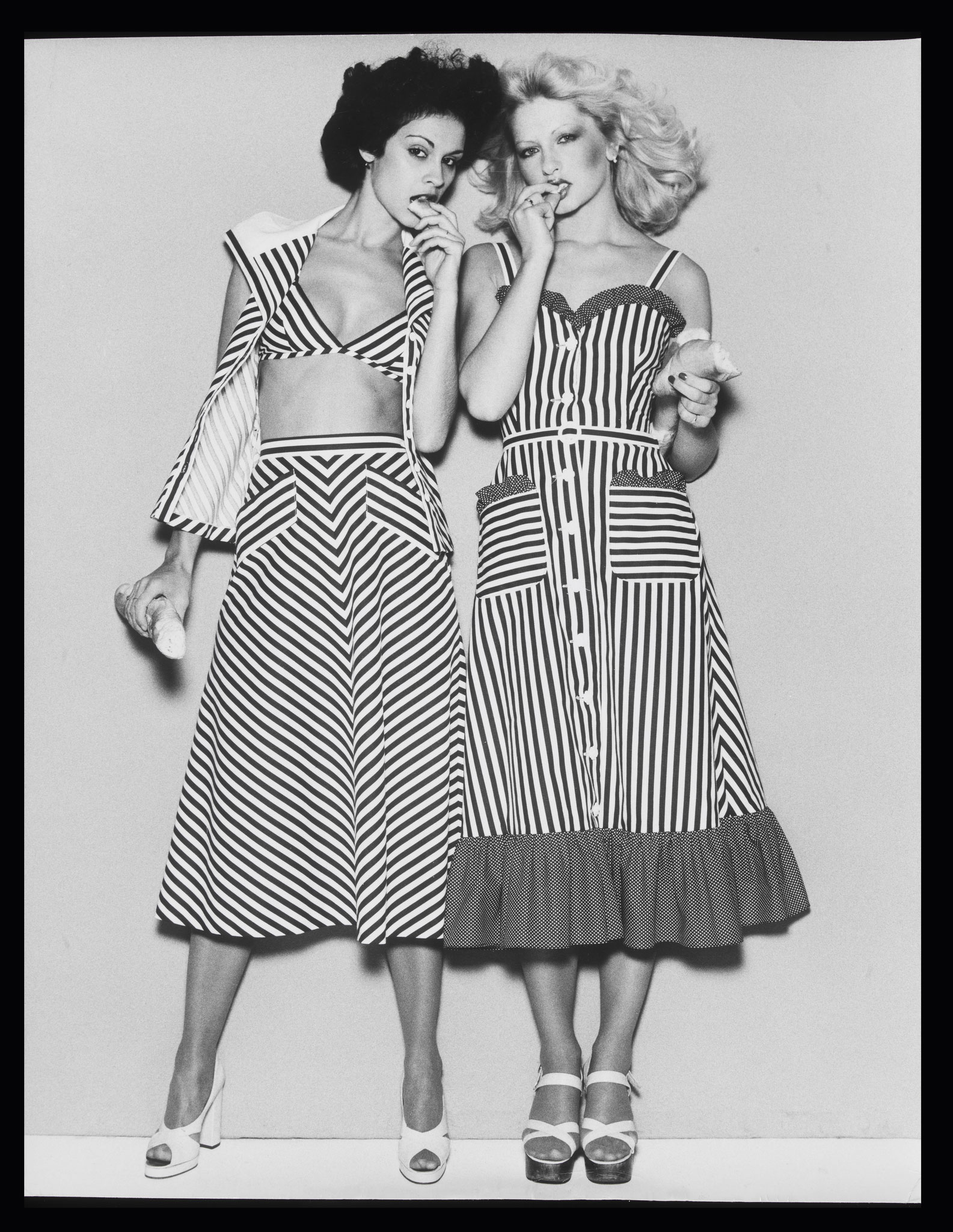 A new exhibition at Bendigo Art Gallery showcases the clothing and cosmetic designs of a London trendsetter whose styles changed the shape of women’s wardrobes.

British fashion designer Dame Mary Quant personified the energy and fun of swinging ’60s London and was a powerful role model for the working woman. Emerging at a time when post-war Britain was still in recovery mode, Quant and her bright, fun, youthful fashion was perfectly placed to usher in the new era of growing affluence and the social mobility of young people benefiting from higher wages, further education and new opportunities for women.

Challenging long-held conventions, Quant popularised the miniskirt, colourful tights and tailored trousers, encouraging a new age of feminism. She recognised that, like herself, young women did not wish to wear the traditional styles worn by their mothers and grandmothers and wanted a new look to reflect the changing times. At a time of growing activism and struggle for equal rights, Quant had a visionary take on the role of women and led the way by working hard and taking risks. In less than a decade, she grew her tiny boutique in Kings Road, Chelsea, into an international brand. “I didn’t have time to wait for women’s lib!” she stated.

Bendigo Art Gallery is the exclusive Australian venue for the exhibition Mary Quant: Fashion Revolutionary from the Victoria & Albert Museum in London, which runs from March 20 to July 11.

Drawing on the V&A’s extensive fashion holdings, Quant’s archive and private collections, the exhibition brings together more than 110 garments as well as accessories, cosmetics, sketches, photographs and even Quant’s own line of fashion dolls to survey her extraordinary contribution to fashion.

Born in 1930 near Blackheath, south-east London, to Welsh parents, Mary Quant was evacuated to the countryside during the war and grew up with austerity and clothes rationing. As a teenager, she longed to train in fashion design, although her parents insisted she should follow them into teaching. As a compromise, she trained as an art teacher at Goldsmiths College, where she enjoyed socialising with exciting, pleasure-seeking, free-thinking people from different walks of life. It was there, at a fancy-dress ball, that she met her future husband, Alexander Plunket Greene, a trumpet-playing bohemian from Chelsea, south-west London.

Following a stint trimming high-class hats at Erik’s, a couture milliner in affluent Mayfair, Quant gravitated towards London’s jazz clubs and the buzzing pubs and cafes around Chelsea’s King’s Road. It was there that she, alongside Plunkett Greene and their entrepreneur friend Archie McNair, opened her experimental shop Bazaar in 1955 to showcase her designs alongside “a bouillabaisse of clothes… and peculiar odds and ends”.

The shop opened with a party and the stock sold out. Exhausted but exhilarated, Quant turned out dresses in her bedsit, buying fabric from the grand department store Harrods each morning. Bazaar transformed the formal experience of shopping. Three years later, Quant took on the fashion giants of Knightsbridge, London, brazenly opening her second boutique opposite Harrods itself.

Quant’s daring but easy-to-wear styles attracted a diverse and loyal clientele. Her clothes were sought by women of all backgrounds and ages, from celebrities to journalists, to mothers with young children and professional women at the heart of London’s creative industries. “Once, only the rich, the Establishment, set the fashion. Now it is the inexpensive little dress seen on the girl in the High Street. These girls… don’t worry about accent or class… they are the mods,” Quant said.
Ahead of her time in marketing and promotion, Quant was the embodiment of the label. Her distinctive, photogenic style and playful energy made her the ultimate ambassador for the brand. She saw the potential for expansion, and boldly capitalised on the opportunities presented by the international demand for British fashion.

Her wholesale company, Mary Quant’s Ginger Group, established in 1963, saw her designs initially rolled out to British department stores and soon thereafter, to equivalent retailers in Australia, America, Canada and Europe. Ginger Group fashions made in Britain were featured in magazines such as The Australian Women’s Weekly and Dolly and could be bought in Australian department stores including Myer in Bendigo, Georges in Melbourne, Mark Foy’s in Sydney and FitzGerald’s in Hobart.

Following the success of the brand here, Quant licensed the fashion manufacturer Taffs to make her designs in his factory in St Mary’s, New South Wales, and under the guidance of Barry Taffs and Sidney Sernack, Mary Quant garments were produced locally for the Australian market. Later, via a collaboration with Butterick, Australian women sewed their own Quant designs at home – the ultimate gesture in democratic fashion design.

“Fashion is not frivolous; it is a part of being alive today,” Mary Quant said in 1966.

Quant also applied her radical approach to cosmetics. With monochrome, daisy-logoed plastic packaging, easy-to-follow instructions and amusing advertising campaigns, the Quant range took her modern, London look to fans around the world. Innovative products with tongue-in-cheek names included ‘Cry Baby’ waterproof mascara and ‘Loads of Lash!’, a long strip of false lashes that could be cut to length. Quant quickly became the woman who made fashion less exclusive and more accessible to a new generation.

However, Quant’s greatest legacy is her vision of fashion as a means of communicating new attitudes, ideas and change for women. By bending the rules and testing different gender roles and identities with affordable, well-made clothes to enjoy, empower and liberate, she predicted the opportunities and freedoms of future generations.