Something old, something new

One of the city’s grand historic homes was given a stylish modern facelift that has enhanced its historic charms. 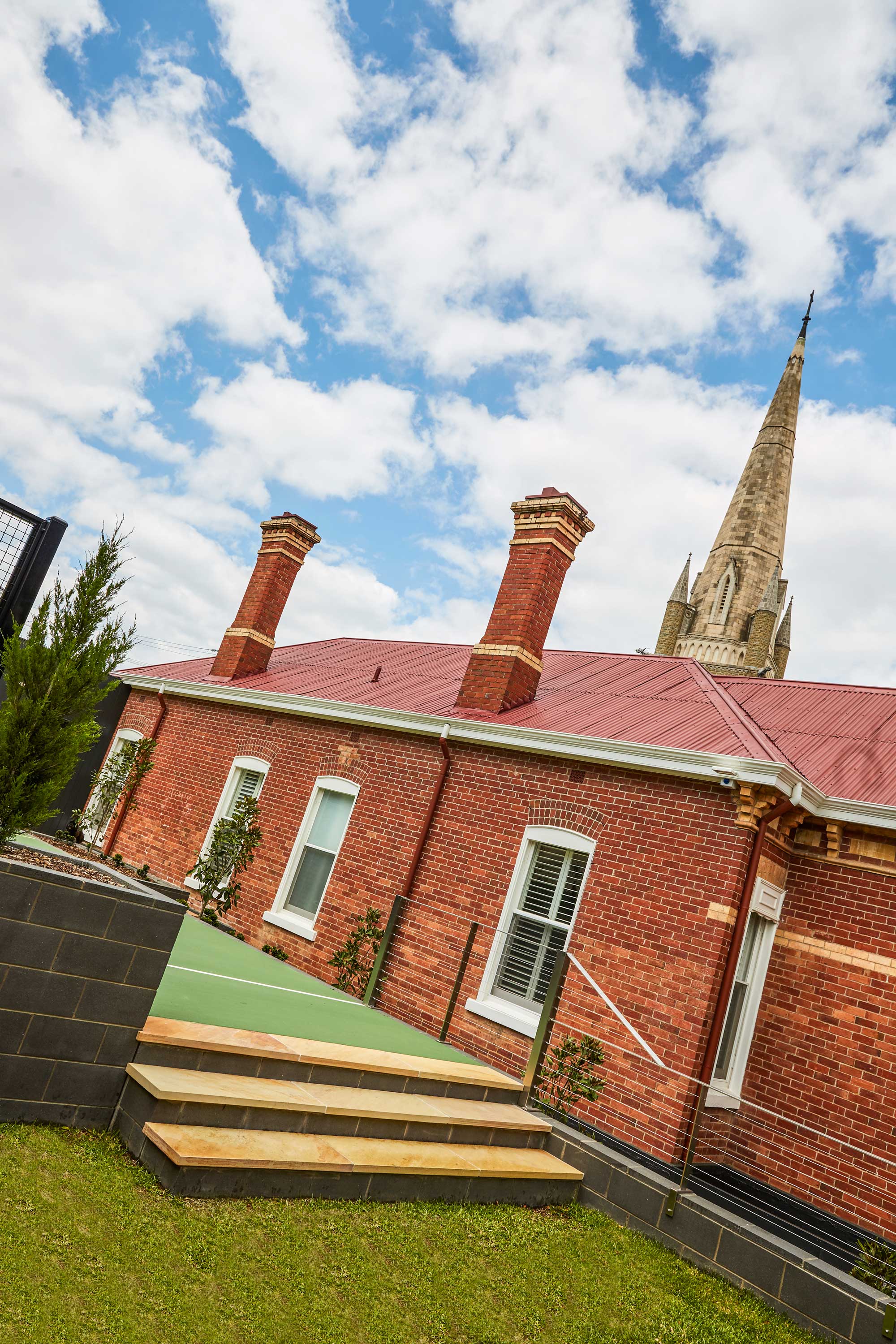 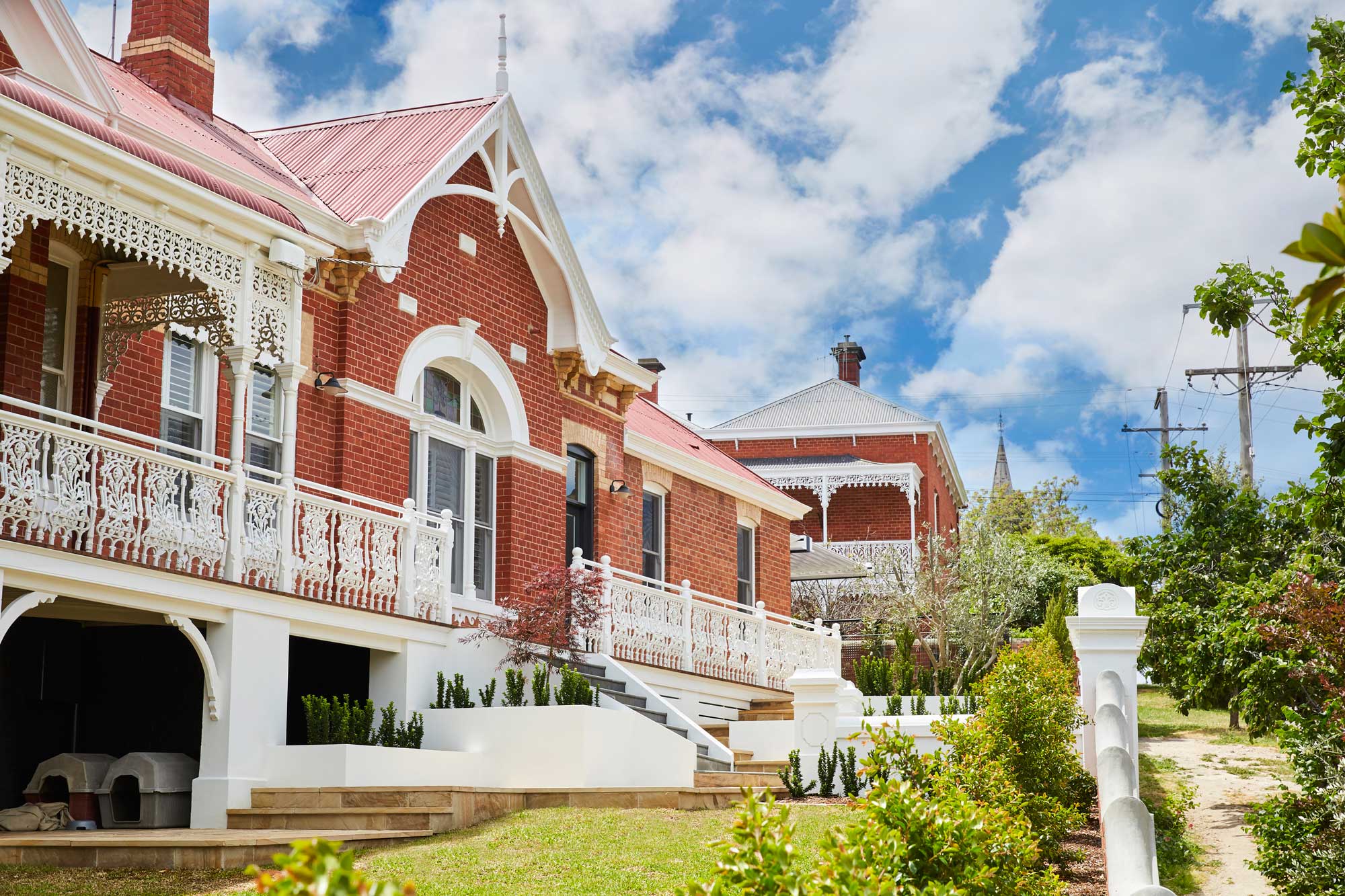 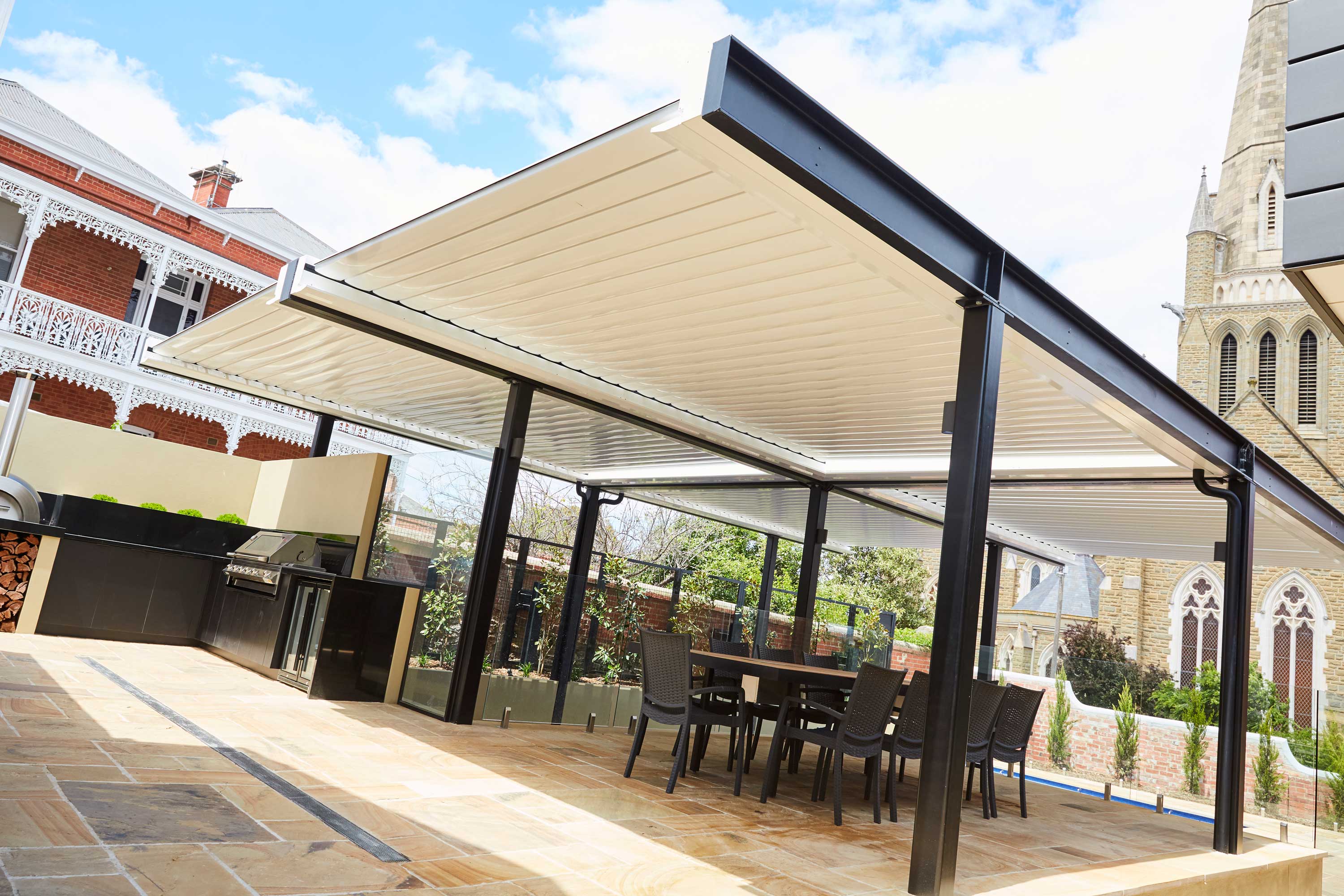 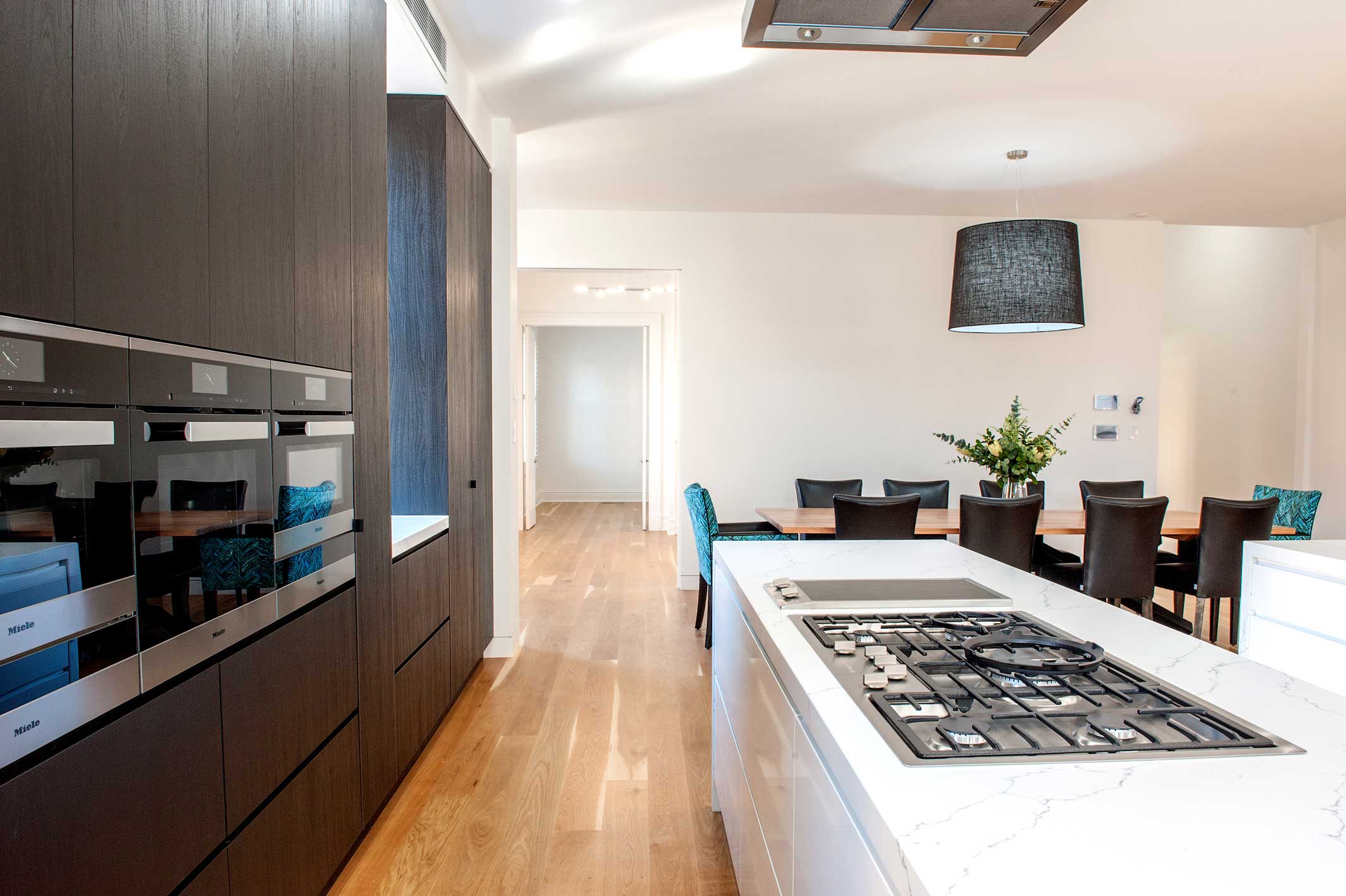 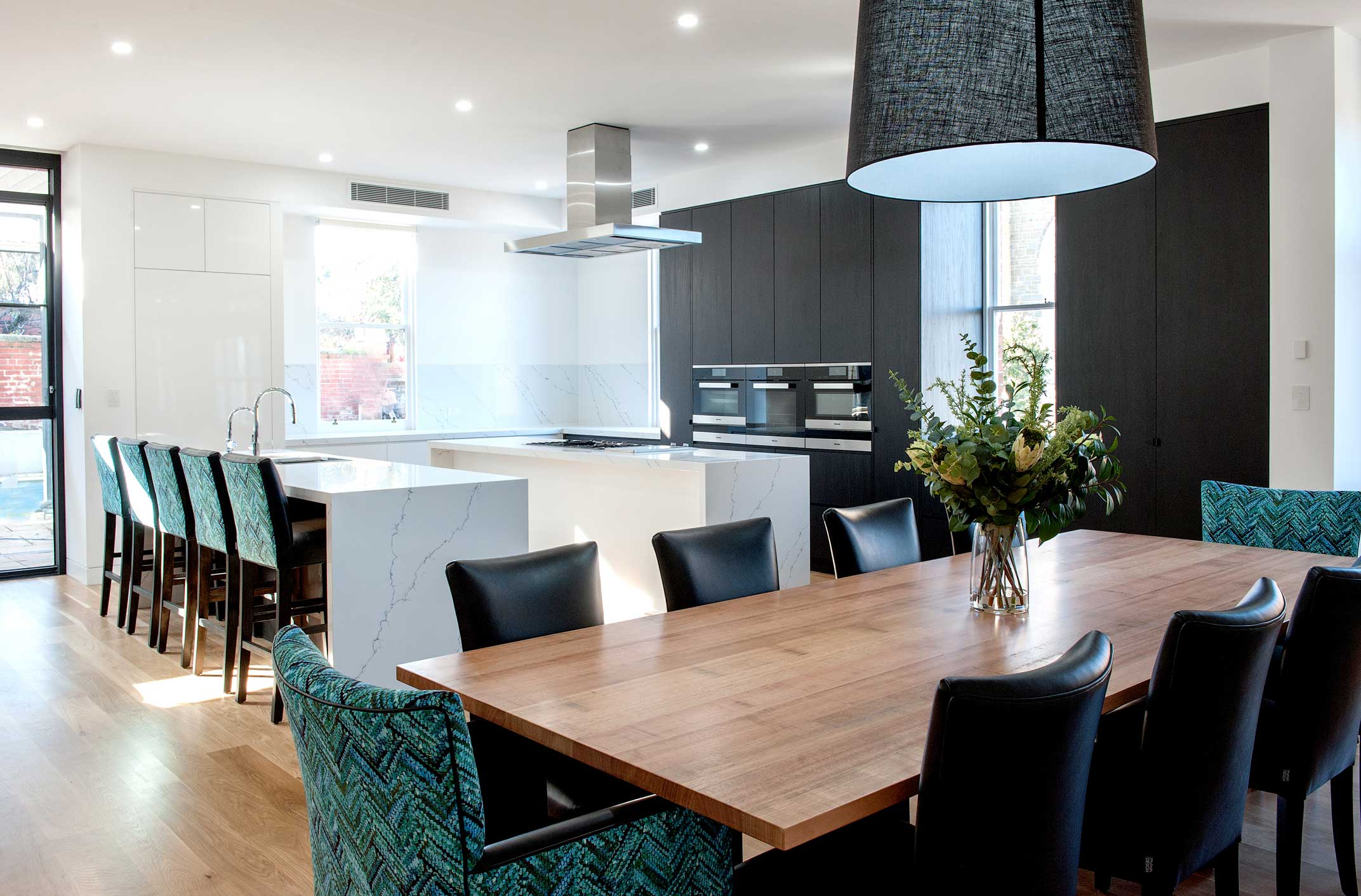 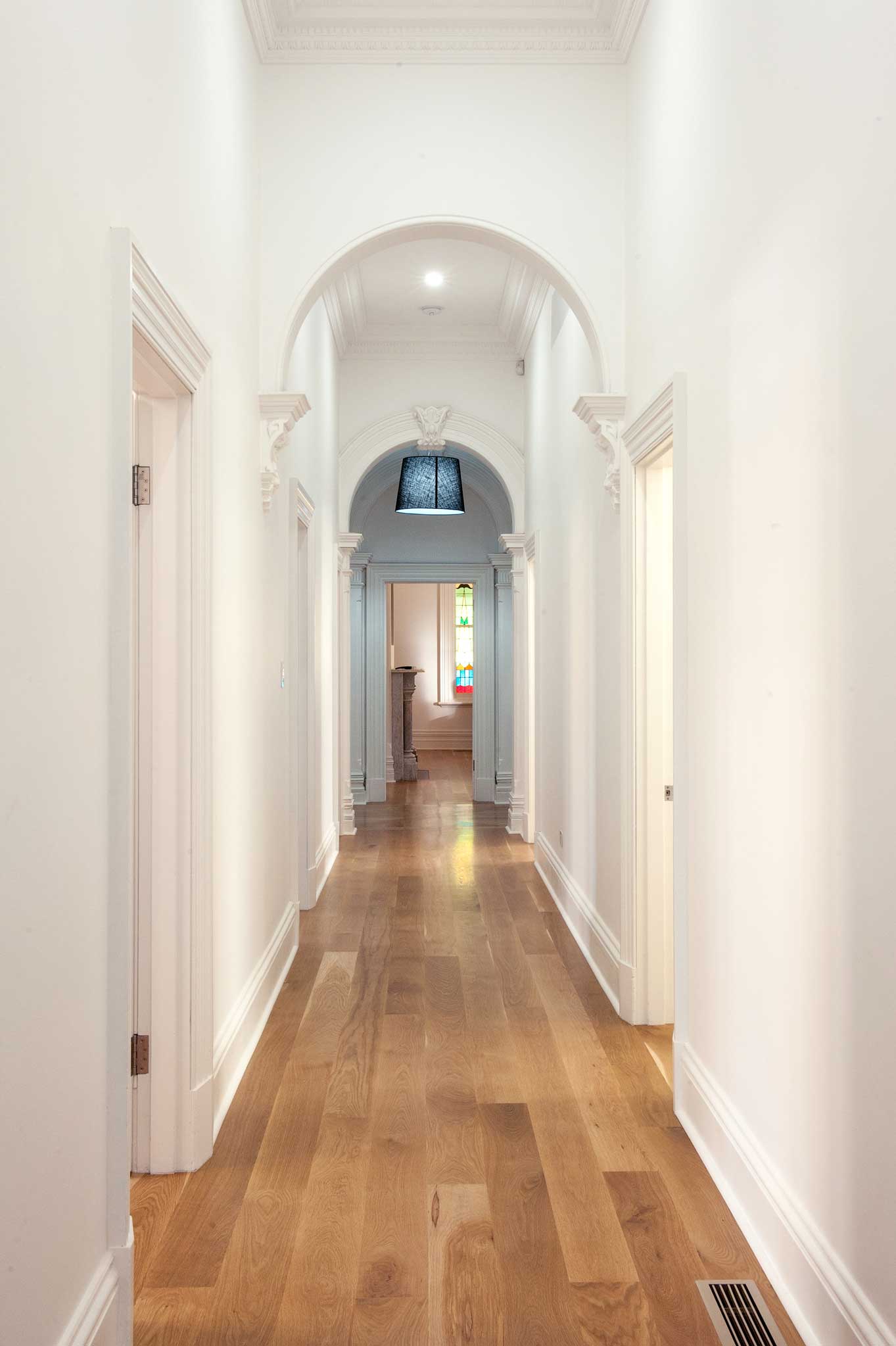 You would think the pressure would be on when it came to renovating and landscaping one of the city’s prominent historic homes, yet this wasn’t the case at all with this impressive project. The interior of the property, outdoor structures and entertainment areas were designed and overseen by e+ architecture. The main building works were undertaken by BLR Provincial Construction, while Simon Rosa Landscaping was responsible for the landscaping, gardens and outdoor areas. Together they took the property, both inside and out, almost back to its shell before modernising and revamping it throughout.

The red brick home, situated on an elevated block surrounded by its old and equally impressive neighbours, is a beautiful example of Bendigo’s historic architecture. However, when purchased by its current owners, the home was ready for some serious changes.

“The previous owners had a garden that had shades of Rippon Lea,” Terry Mitton, director of e+ architecture explains. “Not overgrown or unkept, but it was an older rambling garden which didn’t fit the vision the new owners had for the spaces here. Opening up the garden gives the house back its presence and allows for greater views from the property. The grandeur of the house had been overshadowed by the former garden.”

This sentiment was echoed by Simon Rosa, whose selection of flora will create a stylish yet lush garden that works with the strong red colour of the property and its white lattice decorative work and trimmings.

Simon says the classic and clean lines of the garden only highlight the building itself. The garden element of the upgrade took some four months, while the house and structures took about one year. The home itself is one of the city’s grand buildings and, as is to be expected, Bendigo is proud of its architectural heritage.

“There’s a lot of history about the house, the amount of interest this has had from people driving past and stopping to see what we’re doing, has been great,” Simon says.

“For the outdoor areas we tried to use a lot of old stone, which ties in well and continues throughout, although with the sloping block it was a bit tricky putting in steps. One of the unique things for us about the job was the underground car park. You drive underneath netball and basketball court and grass area.”

The underlying goal was a family property ideal for entertaining, which is precisely what has been achieved.

“The whole area has a heritage overlay meaning there weren’t too many constraints but we still had to go through the usual permit process,” Terry says. “They wanted us to reclaim the old part of the house, and then provide a contemporary extension that had open-plan living. Although the old houses have nice formal rooms and living spaces, they don’t quite suit how we live today. In modern living we don’t go for separate areas. For example, old houses would have small kitchens and they weren’t generally part of your daily living. Now cooking while entertaining is part of the way we socialise today.

“The design has created opportunities outside for different recreational activities. There is a pool pavilion, a bar, and there’s also an outdoor kitchen and pizza oven; all those elements interact. There is a screen that encloses the area, which offers privacy or can be retracted to open up the area and allow family and friends to enjoy the city views. The front balcony was also extended so it can be accessed from other areas of the house and not just the front door.

“BLR Provincial Construction have great attention to detail, in terms of the finish of the property. We brought it up to the expectations of a prestige, modern home from today. It was working with the footprint of the old building. This has been a marriage of the old and the new, what’s really good is Heritage Victoria don’t want us to mimic and copy or repeat history. You can see what is the original building and what is the new extension; the new compliments the original. We haven’t tried to make a big statement and say ‘well, here we are’. It’s a contemporary form and we’ve used contemporary materials but they’re sympathetic to the original elements of the property.”