Hidden away in a cheeky corner of town lies a little-known tale involving man’s best friend from the annals of history. Club X marks the spot…

This story begins in 1894 with a Bendigo businessman who seemingly respected his canine companions more than he did his fellow man, and lives on today in the back room of the adult entertainment store in Queen Street. It might sound barking mad, but it’s true.

I ventured into Club X/Twisted Toys recently, for research purposes of course, after hearing whispers about an old gravestone laid in loving memory of a dog named Fido. And there, surrounded by DVDs, it was. A beautiful marble slab with golden letters honouring the faithful pet kept by flour mill proprietor William Webb, whose four-storey building on the corner of Williamson Street has stood the test of time and is now being transformed into residential apartments.

“Here lies the remains of my faithful dog Fido, my companion for thirteen years,” it reads. “In life my firmest friend; the first to welcome, the foremost to defend; whose honest heart is still his master’s own; who laboured, fought and lived for him alone. Feb 11th, 1894. W. Webb.”

The bereft Mr Webb acquired another dog, which he also called Fido, and erected another headstone when the second animal passed. Both dogs were said to have been wrapped in Indian shawls, placed in cedar coffins and buried just feet apart at the foot of a wall in his building.

The second inscription read: “Erected in grateful remembrance of my faithful dog Fido, who died March 28, 1904. A patient partner during 10 years of life’s journey. He had eaten the same bread with me and was to me a friend. The more I know of men, the more I admire dogs. W. Webb.”

William Webb departed this life in 1909, but his doggone history tale still had plenty of bite.

In December 1937, The Argus and The Herald newspapers published articles about the revival of a controversy involving “perhaps Australia’s two most unique memorial stones”. Public sentiment earlier that century was against such commemorations and the fair folk of Bendigo took offence at the wording (specifically the last line of the second tribute). The inscriptions were thus pulled out of the wall around 1912, concreted over and the stones turned to face inwards.

But as the saying goes, every dog has its day. According to the reports, local opposition eased over the ensuing 25 years and two young men named Myring and Hawkes had dug the tablets out, cleaned them up and were preparing to reset them in their original positions. “Unless,” concluded The Herald, “public opinion takes a hand again.”

The first memorial remains in situ to this day, while the fate of Fido II’s stone is unclear.

Aram Bottams from Club X agrees the tribute to Fido I is a fascinating piece of local history, which is why it has been left visible to those who visit the store. He says people occasionally come in asking to see it. “We’ve even had one the past couple of years who comes in on the anniversary date and holds a little memorial on the spot!”

But Aram has neither seen nor heard of the second headstone.

Former White Hills teacher Trevor Parsons learned of the “faithful dog” story from the late local historian Fred Smith while undertaking a project with his students in 1998. “We tried to document what information we could find,” says Trevor, who now lives in Queensland. “But we didn’t have access to resources like Trove back then so it was largely what Fred told us and some hearsay. Everything we wrote up is probably long gone by now.” Trevor has heard rumours about a possible second stone, suggesting it might have been disturbed during building alterations over the decades.

Interestingly, a Trove search reveals the headstone hullaballoo was not the first time Mr Webb and his hounds made national headlines. In his will, the prominent miller left £100 to the widow and children of former employee John Gallagher, for their “kindness and attention” to Fido I during his illness; and a further £100 to Samuel Trengove, for tending his beloved Fido II. The bequest was so unusual it was reported in The Bendigo Independent, major Melbourne dailies, The Weekly Times, The Express and Telegraph in Adelaide, Queanbeyan Age, Broken Hill Barrier Miner, Goulburn Evening Penny Post, Sydney Morning Herald and Clarence and Richmond Examiner.

The Golden Eagle Flour Mill and Granary building was constructed for Mr Webb in 1878 and taken over by Bendigo Sewing Machines Ltd in 1923. It will be remembered more recently as a nightclub, operating under names including Abbey Road, Warehouse, Hyper and Studio 54.  Redevelopment work to convert the heritage red brick warehouse into one and two-bedroom apartments is due to be completed later this year.

And that, dear readers, is where we shall let sleeping dogs lie. 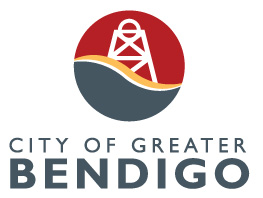