Spend some time in the colourful company of Sherri Parry, right here and at this year’s Bendigo Blues and Roots Music Festival. 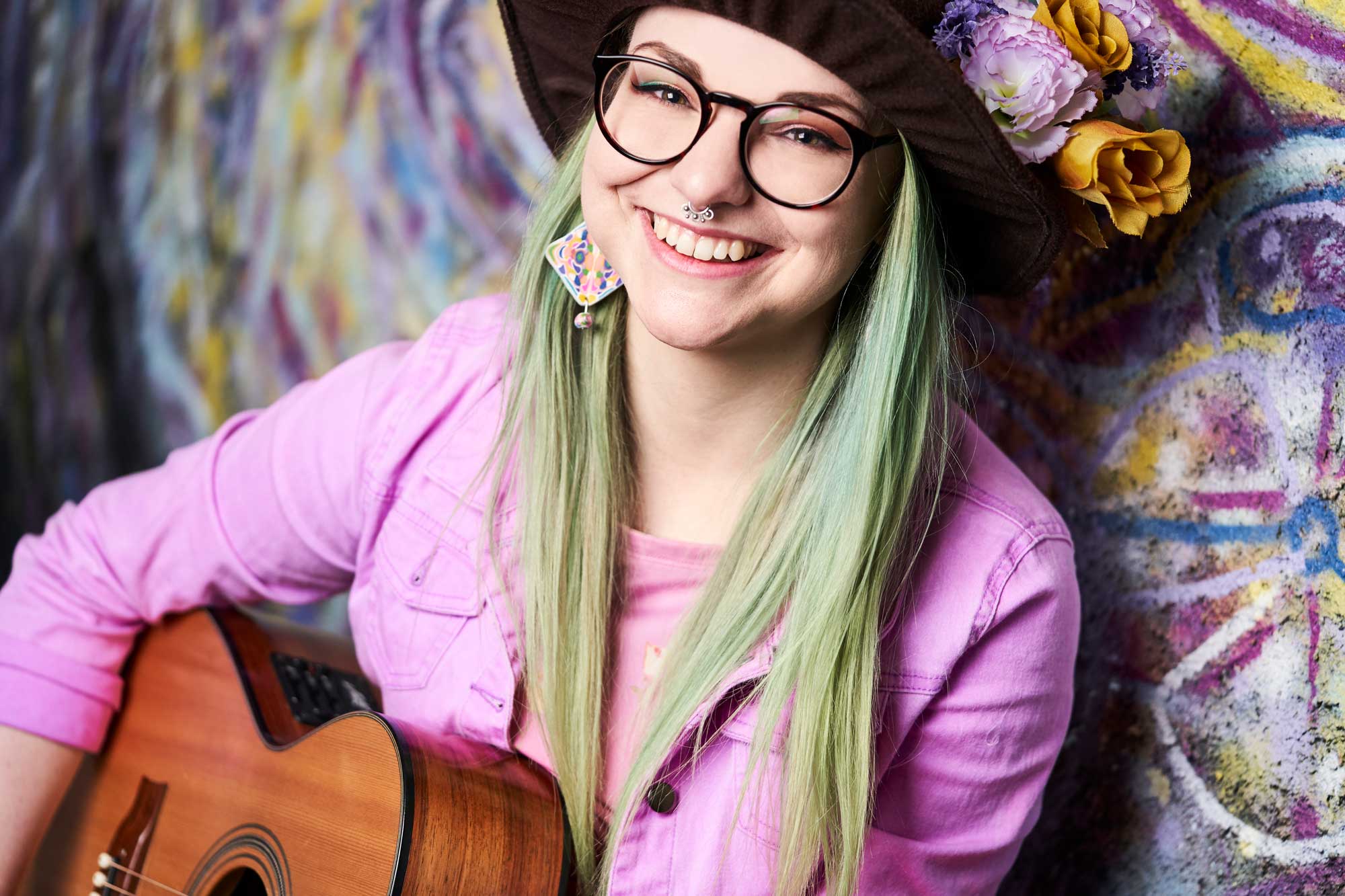 Spend some time in the colourful company of Sherri Parry, right here and at this year’s Bendigo Blues and Roots Music Festival.

Sherri Parry wears her heart on her op shop sleeve. “There’s not much that I’ll hide,” the Bendigo musician says. “If you really listen to my lyrics, they’re important. They’re about the people who’ve been ​and still are in my life and the things that have happened to me.”

Sherri is doing a beautiful job of telling her stories, via sweet tunes heard at venues across the city, from busy bars to leafy gardens, house parties to Sherri’s favourite Old Church on the Hill. “That’s one of those rare places people come to just for the music, rather than to talk with friends or have a drink,” she says. “It allows me to play some of my quieter or sadder songs that I can’t do at the pubs.”

At 21 years of age, Sherri is a veteran of the local music scene, having cut her teeth at 13 playing in the breaks of cover band Music Trio at The Bridge Hotel on a Friday night.

“That’s where I started growing as a musician,” she says. “I learnt how to deal with the rowdy lot. The not-so-innocent compliments. But Mum and Dad were always there, and I have fond memories of them blocking me off from people, but it helped me grow. It threw me right in the deep end really, a late-night cover gig on the weekend. I quickly learnt how to stand on my own two feet in that environment.”

Sherri has always been surrounded by music. Before she was born her mum was a singer in a cover band and Sherri and her sister “grew up listening to her practise in the lounge room. Whitney Houston and Kyoto Ugly’s Dancing in the Moonlight. There was a fair bit of music around the house.”
She followed her older sister into violin lessons in primary school, then went her own way with guitar, although the formal lessons were short-lived. When Sherri was given the choice of learning the guitar or singing a year later, she chose the latter.

“Beyond the obvious joy I get from singing in itself, you know how when people start exercising and they learn how much their body can do? It was that kind of thing,” she says on the instant appeal. “You realise what your voice can do and you want to push it. All the different ways it can ​stretch and move in its sound and all the different emotions that it can cause.”

Sherri says singing, and her obsession with the band Paramore, were the threads that kept her grounded through those tumultuous early teen years. “If I wasn’t in my bedroom watching YouTube, escaping the world, I was in the loungeroom practising,” she says, adding, “I had a pretty rebellious beginning. I caused a bit of trouble for Mum and Dad – sorry there. But it helped me grow and gave me a better perspective on life.”

It wasn’t long before Sherri started pouring those experiences and emotions into her own songs, which she describes as “alternative, folk, indie, pop, R ‘n’ B, a little bit soul and a little bit blues, because Bendigo is such a blues community. It’s quite hard to put myself in a ​specific genre. ”

Sherri is forging her own path through music, including giving herself an education, in her own time. “I don’t have much music theory education, at all, everything I know is pretty much self-taught,” she says. “All the chords you see me playing, I have no idea what they’re called, I just know they sound nice.

“It works for me, but once I started getting into working with my band, they all looked at me like, what the hell is she doing now? What is she playing? They’d have to work out the chords by ear and sight. They’ve taught me a lot, just by being in their company, but it’s ​always been what I wanted, and still what I want, to educate myself formally in music in my own time.

“By the same token, now I have worked with all these wonderful musicians, it’s made me want to learn a lot more, to have the knowledge to jump into a melody at any given moment of a jam, or know the name of a chord by ear. That would be incredible.”

Sherri’s band consists of Jaspar Austin-Gray on bass, Thomas Hadlow on electric guitar, Patrick Barton Grace on keys and Kane Watts on drums. They’re currently rehearsing to record an album of songs Sherri has written over the past five years.

“You can hear the growth of my music and myself through the songs,” she says. “There’s the gentle side of my songwriting, right through to the heavy, heart-wrenching ballads. This album has been a long time in the making, with so much time and commitment put into it – by everyone. I’m excited to record with such incredible people and to have a roller-coaster of a musical experience to share with the world when we’re finally done.”

It will be Sherri’s third recording experience, after her 2016 EP, Equal, recorded at Bluestone Theatre in Kyneton and her short CD,  Ukulele Sessions, recorded in her family home in 2017.

Bendigo will also get to enjoy Sherri’s music at November’s annual Bendigo Blues and Roots Music Festival, which she has played in since 2013.

“Last year I became the festival’s youth ambassador, which is a huge honour,” she says. “It means I get to be a part of the nitty gritty sort of stuff you don’t get to see. It’s a not-for-profit festival and there’s a hell of a lot of work that goes into it behind the scenes.

“Wherever you go, there’s music,” she says of the weekend event. “It doesn’t matter if it’s 12pm in Pall Mall or 4am back at one of the musicians’ houses, there’s still music happening. On average you’ll get about six hours sleep for the weekend if you want to see it all, which is a nightmare! But it’s well, well worth it. This year I’m excited to be opening for one of the festival’s internationally renowned headliners at Ulumbarra on Friday, 8th November.”

It’ll be Sherri’s first time playing on the big stage. “I’ve seen a lot of wonderful musicians gracing that stage, so just to perform there, let alone support the headliners, will be wonderful.”

Sherri will have a host of new material to perform by then, including a bunch of love songs, inspired by life. As she says, it’s all in the music.

“It takes a certain amount of vulnerability to be real and authentic in a song,” she says. “You sort of have to be pretty open, with yourself as well as others, but I’ve always been that person.”